Blasting will occur at the New Windsor Quarry between 9am to 5pm on most weekdays.

LEHIGH CEMENT - A SOLID FABRIC OF THE COMMUNITY 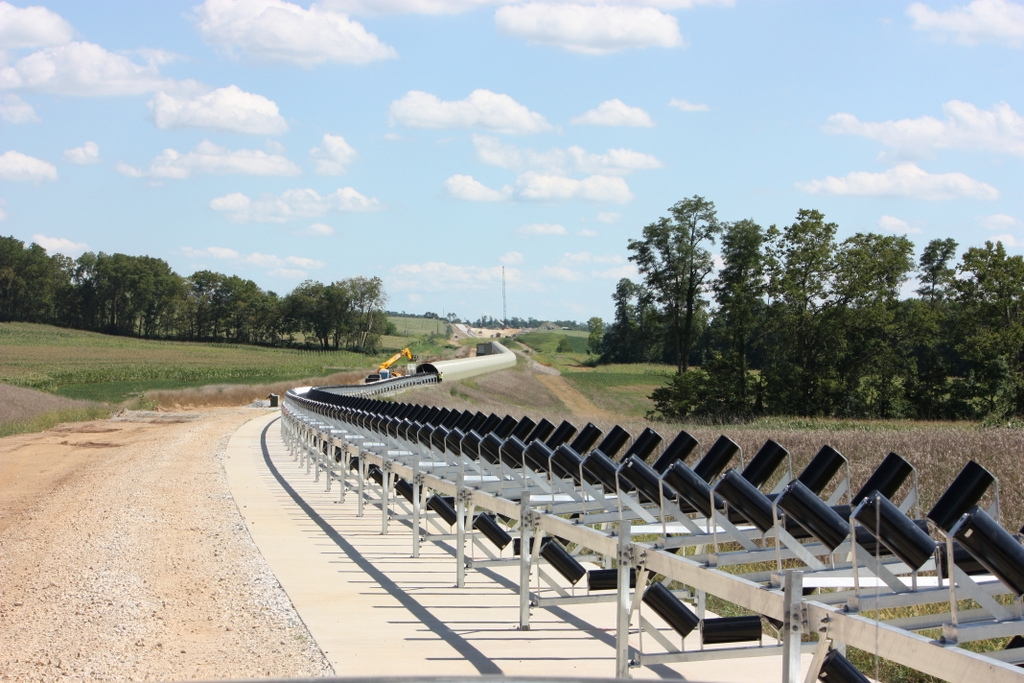 Lehigh Cement Co. LLC’s Union Bridge Quarry Replacement – New Windsor Project involves building a 4.5mile overland belt conveyor to connect a newly developed limestone quarry located in New Windsor, Maryland, with the Union Bridge cement manufacturing plant. The conveyor is designed to be underground at five (5) of six (6) road crossings, three (3) streams and at some agricultural areas. The underground tunnel sections are constructed with cast-in-place concrete, with the longest section running 6,405 linear feet in length and a maximum depth of 60 feet. All aboveground sections, outside of the cement plant and quarry property limits, will be completely covered by a continuous jumbo cover to reduce noise, nuisance lighting and completely eliminate dust, while preventing any un-authorized access. Road closings and detour routes have been planned to minimize disturbance to the community.

The tunnel excavations have necessitated creating a plan for dealing with ground water and surface water along the length of the project. Stream water diversions had to be installed and dewatering pumps were utilized around the clock to control the water.

In order to mitigate the wetland and stream impacts from the project, Lehigh Cement will permanently restore over three acres of wetlands and more than two miles of perennial stream in the Haines Branch Valley. The mitigation project will start at Marble Quarry Road and travel south, ending at Fountain School Road. By restoring the Haines Branch section, a tributary of Little Pipe Creek, mitigation will have been accomplished for any streams and wetlands that are impacted as a result of the project, as these streams are also tributaries of the Little Pipe Creek.

All individuals working on site, including subcontractors, are required to have the MSHA Miner training, a 24 hour class that covers all safety hazards while working on a mine site.

This project will provide an estimated 70 years of limestone supply for the Lehigh Cement Company cement plant, which is the second largest of its kind in North America. The plant produces over two million metric tons of cement each year to supply the Northeast USA and Eastern Canada. Many other options were considered for the transportation of the limestone from the New Windsor quarry to the Union Bridge plant, including truck and rail, but the conveyor system proved to be the most ecologically- and community- friendly choice. The decision to pass under all road and stream crossings was in support of the community’s concerns related to the visual impact of an elevator conveyor system

See the progress for yourself in the latest drone videos bellow! Additional content is also available in the headers and tabs of the website. See more news & updates for details.

Through many years of research and development, Lehigh has decided to install a 4.5-mile overland belt conveyor that connects the New Windsor Quarry and the Union Bridge Plant for limestone transportation. The overland belt conveyor proved to be the best and most community friendly option over rail and truck transportation because it offers the best community and employee safety, it has the least environmental impacts, the least community impacts (noise, dust, transportation / traffic delays), and the least operational costs. To ensure this, the conveyor is designed to be underground at all road crossings and some agricultural areas. The conveyor is also completely covered by a jumbo cover on areas where it is above ground to reduce noise, eliminate dust, and prevent un-authorized access. 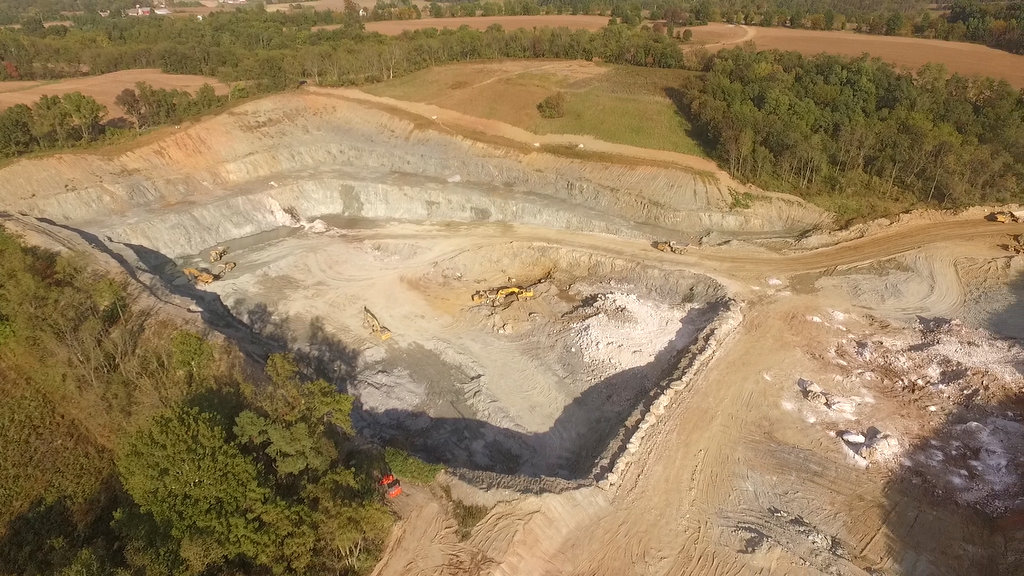 The New Windsor Quarry Expansion and Limestone Transport project will replace the Union Bridge Quarry and provide over 220 million tons of limestone to the cement plant in Union Bridge. Lehigh has designed the mining operations and the limestone transport system as state of the art. The mining approach for this property will represent todays best mining practices by utilizing “concurrent reclamation” methods.

In order to mitigate the wetland and stream impacts from the Union Bridge Quarry Replacement –New Windsor Project, Lehigh will permanently restore over 3 acres of wetlands and more than 2 miles of perennial stream in the Haines Branch Valley. The mitigation project will start at Marble Quarry Road and travel south, ending at Fountain School Road. The concept is that by restoring Haines Branch, a tributary of Little Pipe Creek, mitigation will be provided for the streams and wetlands that are impacted from the project because these streams are also tributaries of Little Pipe Creek.

The design of the mitigations, planted stream buffer, and stream channel will provide cleaner water into Haines Branch by significantly reducing nutrient and sediment loadings. The restorations will include seasonal ox-bow wetlands, buffers of warm seasonal grasses and mixed forest types that are capable of sustainment in karst topography. Selection of plant species and hydraulic manipulations are designed to achieve habitat for host insects, passerine birds, waterfowl, small mammals, furbearers and herptiles. The restoration will include plant species and vegetative communities correlated to their respective hydrologic tolerances.

Road closures dates are based on best predictions and are subject to change due to actual construction progress. 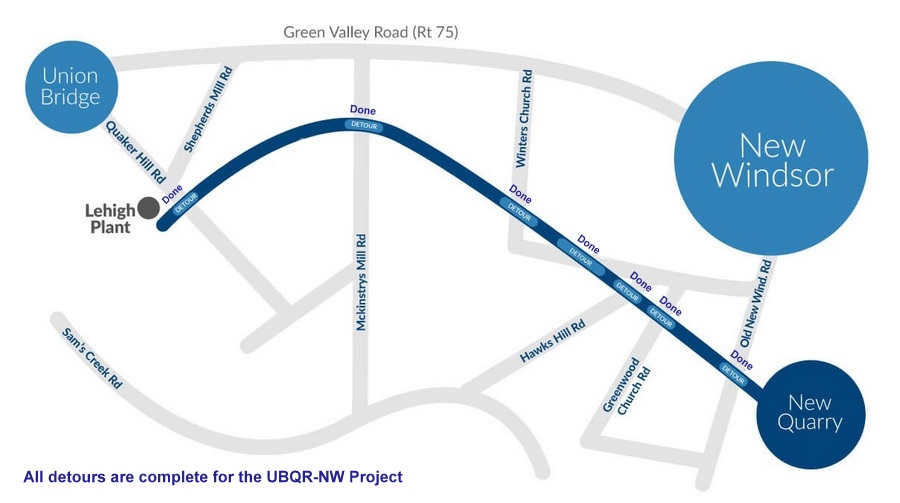 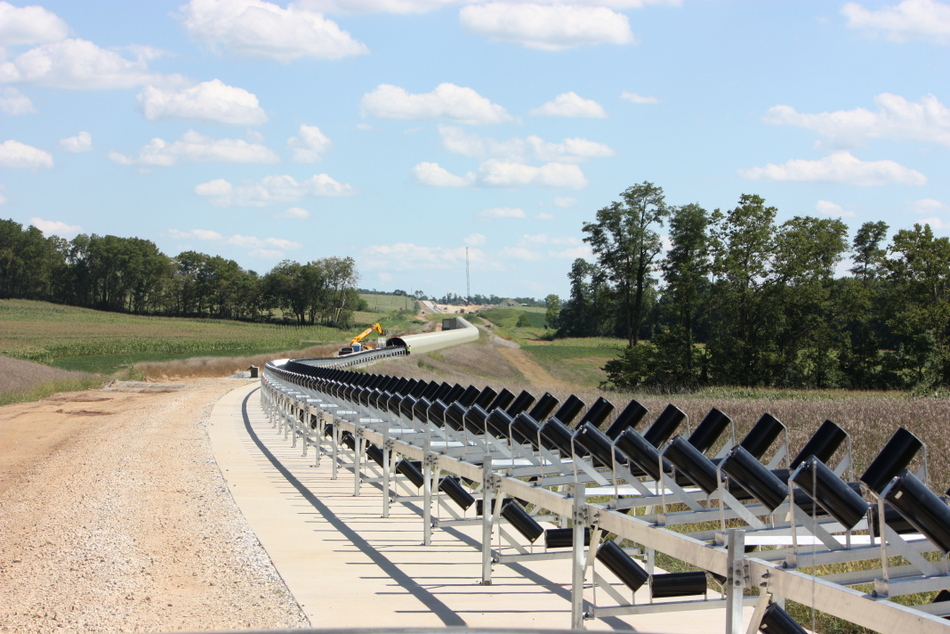 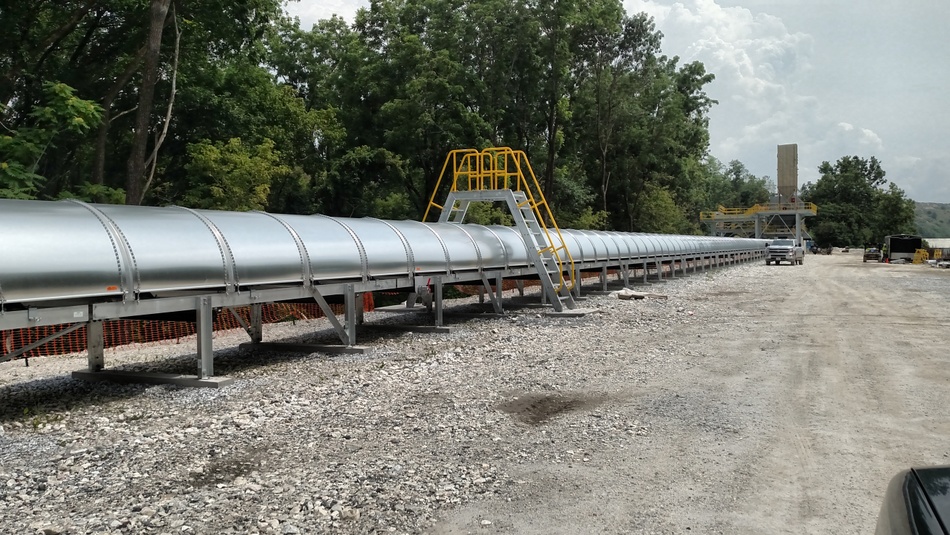 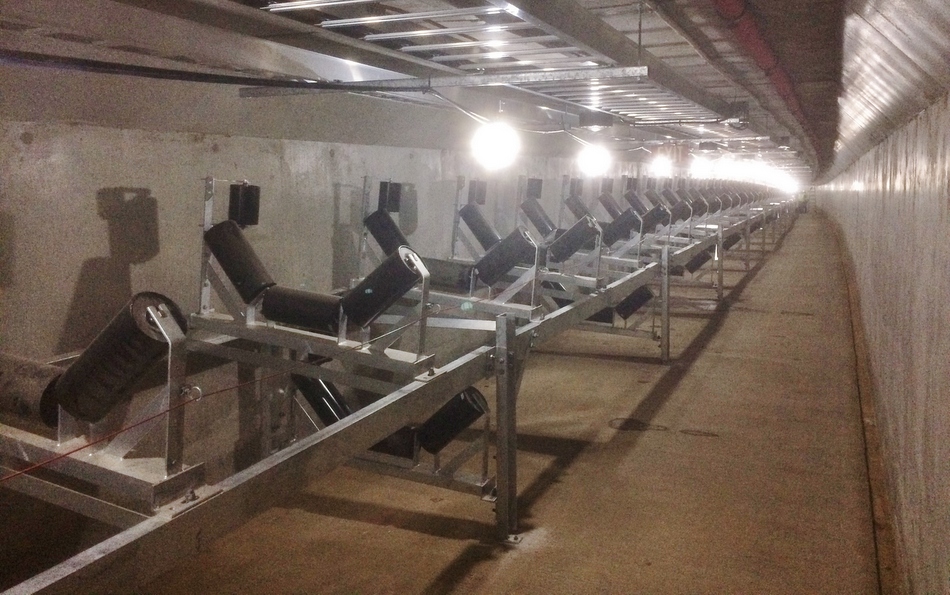 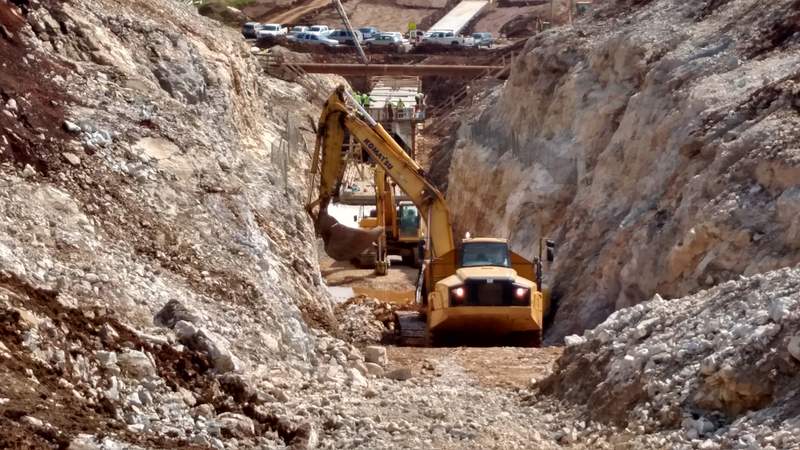 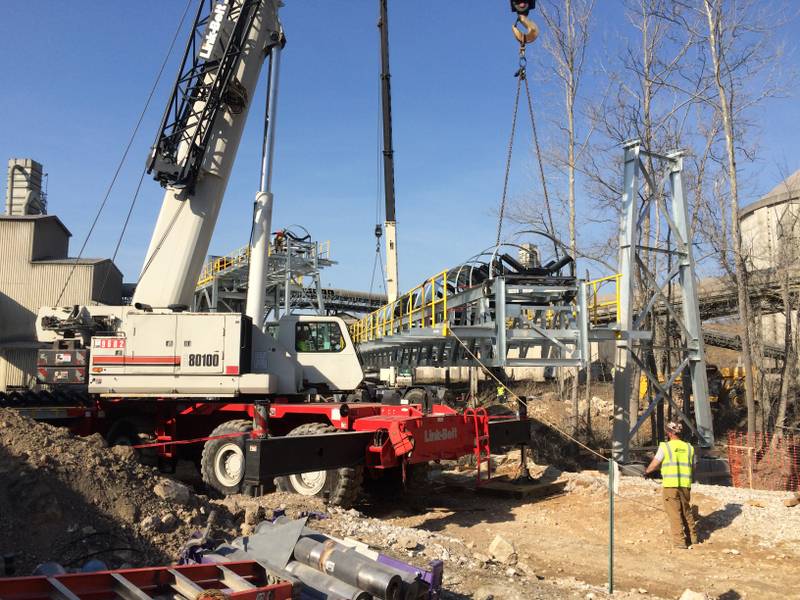 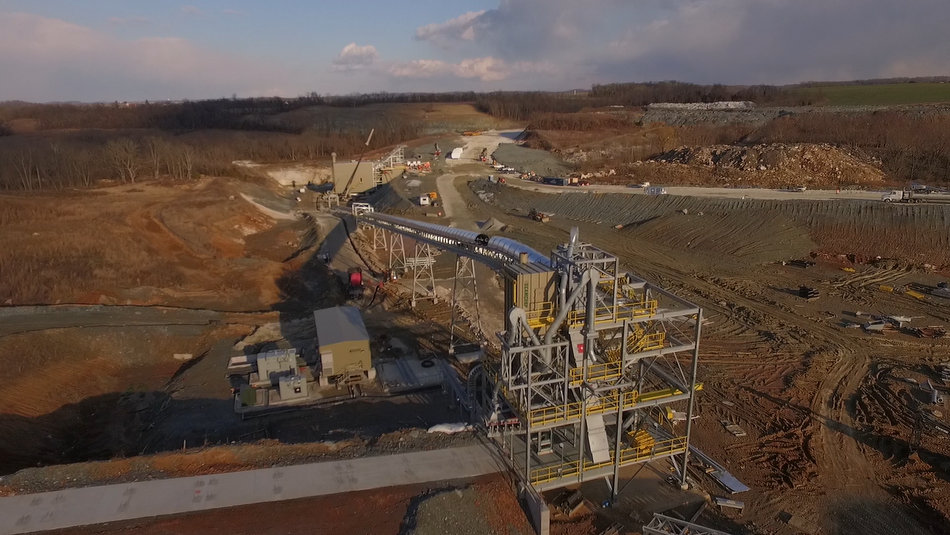 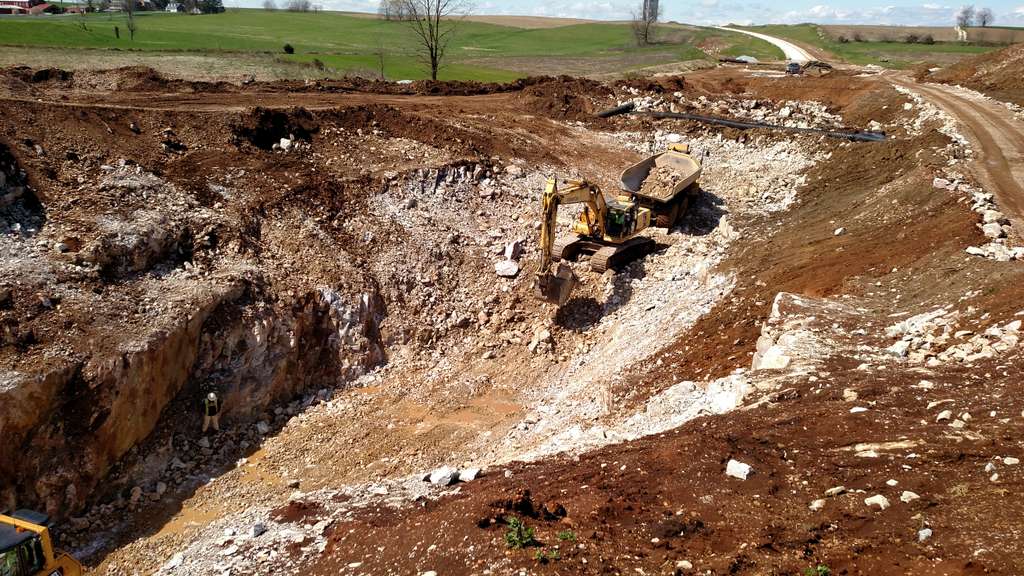 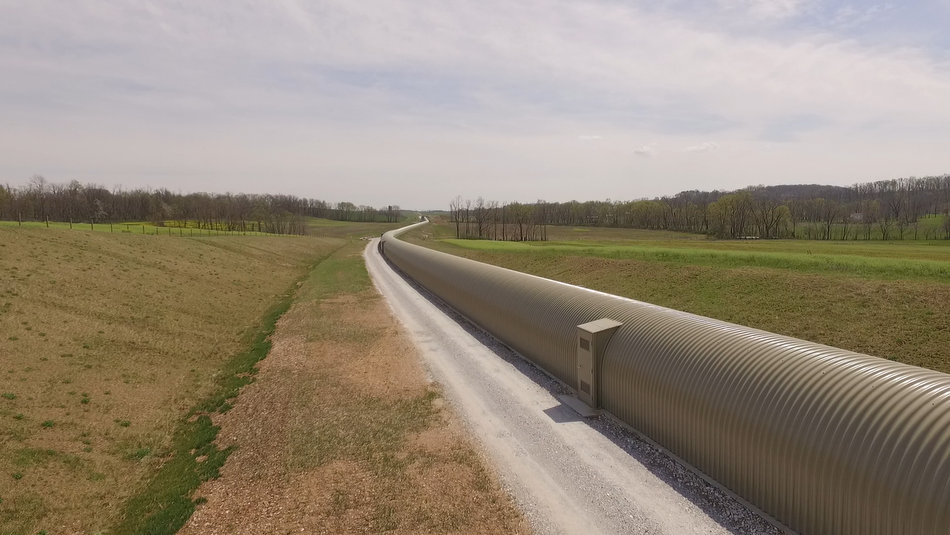 For general inquiries, contact us via traditional mail, telephone, email or fill out the form below

Call Us for Emergency